Sons of the American Revolution

The first organization for descendants of Revolutionary War Patriots was the Society of the Cincinnati, formed May 10, 1783, by George Washington and officers of the Continental Army. The Centennial of the signing of the Declaration of Independence in 1876 fostered a patriotic resurgence and on October 22, 1875, in San Francisco, Dr. James Cogswell organized the second society of Revolutionary War descendants, the California "Sons of the Revolutionary Sires." The Maryland Society was organized on April 20, 1889, when thirty-six charter members met in the Old Senate Chamber in the State House in Annapolis. It was in that very same room that General George Washington had resigned his commission as Commander of the Continental Army. It is the eighth oldest state society. Since it was organized, over 3600 have become members. Three "Real Sons" were members, two were clergymen: Rev. John G. Morris, charter member No. 20, and Rev. Samuel Kramer, charter member No. 42. Maryland's third "Real Son" was Captain Edward Bassett Waples, charter member No. 555. Seven Maryland Society members have been National Presidents: General. Gov. Edwin Warfield, Henry Stockbridge, Mayor James H. Preston, Henry F. Baker, G. Ridgely Sappington, Judge Wilson K. Barnes, and Carl F. Bessent. Finally, the various Societies held a Congress in New York City. The National Society Sons of the American Revolution was organized at Fraunces Tavern on the 100th Anniversary of the Inauguration of George Washington as First President of the United States. The date was April 30, 1889. Marylanders at that Congress included Lt. James C. Cresap, USN elected Secretary General and the Vice-President. The Maryland Society promoted the adoption of the American’s Creed written by William Tyler Page, No. 675. The Maryland Society erected a monument to the "Maryland 400" in Brooklyn, NY; the Revolutionary War Monument in Mount Royal Plaza, Baltimore; placed large stone markers at the graves of Governor William Paca, General William Smallwood, and General Mordecai Gist; marked the graves of General John Edgar Howard, John Paul Jones, and John Hanson. It has also marked "Mann's Tavern," site of the Annapolis Convention in 1786.

Some history about the Sons of the American Revolution

The John Paul Jones Chapter is  a nonprofit organization dedicated to remembering and reinforcing our revolutionary heritage.  All of our resources go to that mission. We are totally volunteer and every penny we raise goes to our mission.

We live, work and play in this community.  Specifically Anne Arundel County,Maryland is our home and we want to make it the best place for all of us to live.  We are also privileged to have John Paul Jones’ Crypt and all the history that comes with his legacy in our community.

One of our primary primary goals is to teach and perpetuate the heritage created by our founders, all of them. Not just the Founding Fathers but all the colonial Americans that fought and died for our liberty and freedom.  We have many programs to recognize youth in the pursuit of knowing our history.  We also have programs that assist our to continue their education based on their excellence.

As a local organization, we recognize those individuals that make our community a better, safer and more secure place for all to live.

Our organization is about remembering the heritage and history of the American Revolution and the Country it created.

We are Nonprofit Chapter

We are a Local Chapter

We Support Our Youth 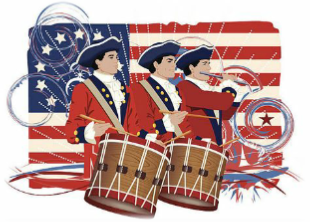 We are politically neutral.  We respect all views and opinions. Our founders fought for the right of all people to live in a free environment. Free to live, work, pray and play in their own way without interference.

We are located in Anne Arundel County, Maryland.  Annapolis, 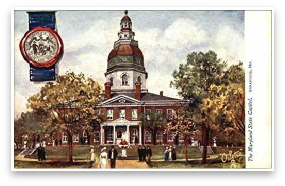 the Maryland state capitol and the United States Naval Academy are in our local area.  We have a multitude of locations within our chapter boundaries that figure in the birth of our nation.  We are fortunate to be close to our Revolutionary War history and revel in the ability to immerse ourselves in that era and the events that resulted in our independence and the formation of our country.

Where Our Chapter is Located